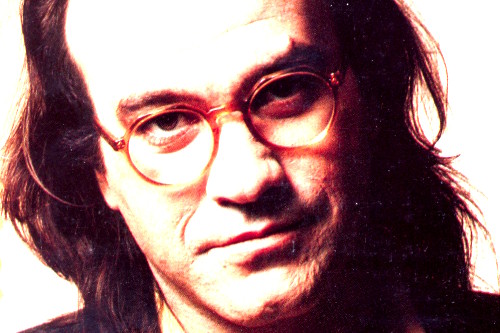 Kostas Kaldaras was born in Athens 9 March 1958 and raised in Kypseli and in Nea Philadelphia.

His father Apostolos Kaldaras was one of the most important composers of the Greek music scene.

He left his studies as a chemical engineer to get involved in painting, music, songwriting, broadcasting and some Technical University's takeovers.

During the first years, he worked as a sketch artist, hagiographer and cashier at the Horse Race.

The entrance of Kostas Kaldaras in discography was with the songwriter's capacity, when he wrote lyrics in an Apostolos Kaldaras' melody, for a song that was included in the third completed album of Kostas Kaldaras with Stamatis Kokotas that released in 1987 from Columbia titled "Every song of mine for you".

At the end of 1987 Giorgos Dalaras carried out a series of performances in the Music Center of Athens "Sirios", a place that Manos Chatzidakis had created in Plaka.