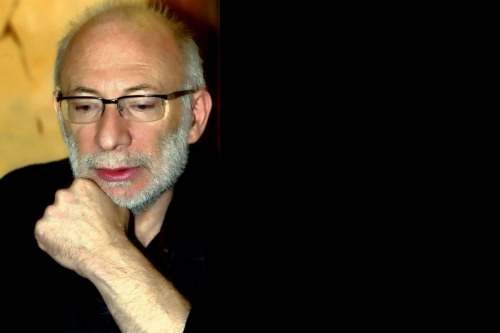 Panos Falaras was born on the 8th of January 1951. Poet, journalist and one of the most active songwriters of the Greek discography, with almost 1.500 songs bearing his lyrics and signature.

Panos Falaras started writing at the age of 15 years old, while at his early 16 published a poem of his to the magazine Nea Estia, that was founded by Grigoris Xenopoulos. At the age of 17, in 1968, he attended lyrics courses via mail, in a faculty directed by Lefteris Papadopoulos, while he was studied also journalism. In 1971, while in the army, he comprised a book of poem titled "Mitroa Zois".

His professional introduction into songwriting came through a competition that was organized by the magazine Tahidromos along with the company Columbia. In the competition's committee participated very distinguished Greek singers and writers, as Giannis Markopoulos, Nikos Gkatsos, Loukianos Kilaidonis etc. Twelve lyrics were chosed and among them the lyrics of Panos Falaras, that were afterwards set to music from 12 new composers. The song was called "Kapetanios Sti Havai", which were sung by Themis Andreadis and was included in the album "The Golden Disk of Columbia" that was released in 1974.

After that, Panos Falaras met a rising path by experiencing great success with songs sung by a lot of distinguished and famous Greek performers, such as Glykeria, Themis Adamantidis, Elpida, Mihalis Dimitriadis, as well as Antonis Remos, Giorgos Mazonakis, Nikos Vertis, Despina Vandi and many more.